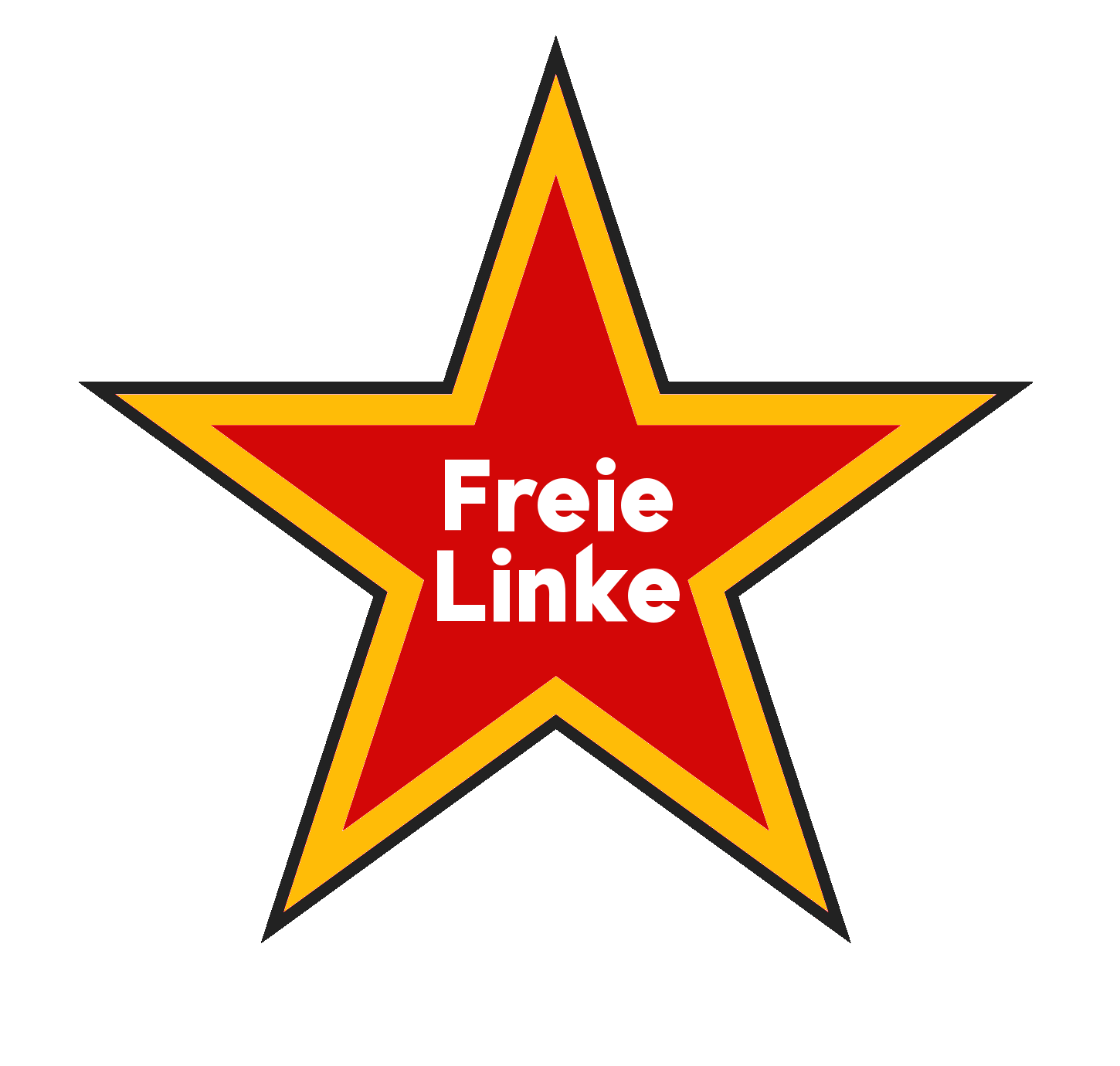 Proclamation of the Free Left

Proclamation To all, who are still aware

that freedom and human rights

are genuine ideals of all Leftists

We are leftists from various political backgrounds, who allied to fight together for a democratic future in freedom and peace and to preserve fundamental and human rights for all human beings. We have allied in the group Free Left, unified by the rejection of anti-democratic measures applied presently in Germany as well as globally, which are justified as alleged virus control in context of the new corona virus.

We are convinced that capitalist structures, inordinate illiberal action of governments and a left wing restricted to symbolist and identity politics cannot answer appropriately to the global problems arising and arisen in context of corona measures

The situation requires a strong political left wing to face the actual developments and increasing problems caused by corona measures.

What is the Free Left?

The Free Left focuses on the classical ideal of the left wing and aims at a free and just society as well as at ending exploitation of humans by suppressive systems. Since many leftist parties, organisations and groups have abandoned these ideas and thus support the exploiting system, our critics aims also against them. It is time for a change from bottom to top.

Further we reject all bias distortion and re-definitions framing any criticism against the ruling system, government, corporations, and other élites as “antisemitic”, “right-winged” or “conspiracy theories”. In this context, a large range of mass media has become socio-political accelerants inhibiting democratic processes by contaminating debates and moving forward the division of society. Also, notions like “antisemitism” or “right-winged” are emptied when the problem of existing and real antisemitism is distorted and belittled. This rather inhibits than helps the struggle against antisemitic ideas.

Democratic resistance against corona measures is one of the biggest and most influential movements from bottom to top in German history after World War II. It absolutely agrees with traditional values and aims of liberal leftist movements before 2020, such as grass-root democracy and autonomy (despite singular instrumentalization or copycats). We will not accept that reactionary and illiberal developments could destroy all achievements of earlier resistance and freedom movements.

Those parts of the left wing rejecting this wholesale, instead of discussing competing ideas, miss a historical chance to make essential demands for public welfare, to develop a vision for future coexistence and to set bounds to illiberal developments. To only react – instead of acting – means to betray all liberal and leftist ideals and will drive the new movement towards the right wing (which is, obviously, the intention of governmental propaganda). We explicitly reject that leftist ideas should be devalued for fulfilling capitalist aims instead of humanist ideals by hedging them within so-called stakeholder capitalism. Highlighting this aspect is of vital significance to us.

The Free Left wants to initiate a broad movement, organised from bottom to top and decentralised. Suffused with genuine solidarity, it shall regenerate the emancipatory movement.

The challenges of the present and future can be faced only in a humanist way and together with all human beings. Consequently, we need a Free Left with traditional leftist policy and sustainable visions.

We invite you to join our fight for a truly just and free society.

As Leftists we regard the following values and principles as non-negotiable:

For freedom and human rights!